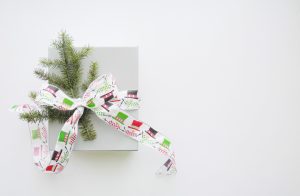 Titled “Privacy Not Included”, this guide released by Mozilla aims to provide information to consumers on making informed choice when shopping for gadgets that are connected to the internet. It rates 70 products and popular holiday gifts, such as smart speakers, toys to sous vide machines. Products are given a stamp of approval, based on Mozilla’s “Minimum Securty Standards”. In order to  meet the requirements, products need to use encryption, security updates and prompt to update default password. Some of the products that received the stamp of approval include Nintendo Switch and Google Home. On the other hand, Apple Airpods and Fredi Baby Monitor did not make the cut, View the guide here. 51 states globally have signed the “Paris Call for Trust and Security in Cyberspace”, an initiative to kickstart the global negotiations on standards on cyber weapons and the use of internet. Some countries are thought to have developed offensive cyberweapons, which could potentially spark a mass conflict. With an international agreement, state-backed cyberattacks can be defined and commit states to not attacking infrastructure depended by civilians during wartime. Microsoft president, Brad Smith said that everyone needs to come together, especially in a world where everything is connected and anything could be affected. The Paris called was also signed by 913 civil groups and 218 companies, indicating support from the private sector as well.

In a news that shocked the world, Japan’s cybersecurity minister Yoshitaka Sakurada, 68 does not only not use computers, but also admits that he is not familiar with cybersecurity matters. He had to the face the parliamentary committee on the country’s new cybersecurity law  in preparation for the coming Tokyo 2020 Olympics. During the meeting, it was reported that Sakurada was unable to read the documents correctly and also misunderstood questions posed by lawmakers. When challenged by an opposition lawmaker, he simply replied “I’m here because a Cabinet minister is needed.” In the past 2 months, over 50 customers fell victim to a phishing scam where they receive SMSes that looked like they were sent by DBS and POSB. Victims who clicked on the link in the SMS were lead to a fraudulent website, such as posb.validation-details.info, dbs.account-access.info or posb.account-certification.in. After clicking on the URL, the victims were tricked into providing their banking details and later on discovered a new payee had been added to their bank accounts and unauthorised transactions were made. The SMSes typically claimed that suspicious activity was detected in the bank account or all transactions have been suspended. 5. Balancing Security and Efficiency in Enterprises

SailPoint’s newly released 2018 Market Pulse Survey reveals that the way people approach security has not changed much despite rapid digital transformation. The report also touch upon the conflicts between IT and business, with 56% of those surveyed think that the IT department can be a source of inconvenience. It also includes useful statistics and explains how organisations can effectively manage new frontiers in identity management. Download report and read more.